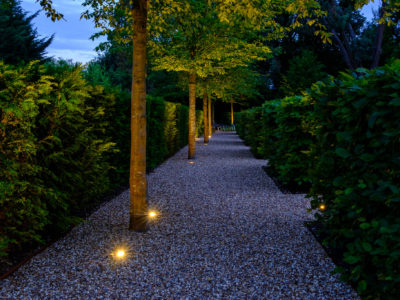 It was in 2005 that Landscape Associates became a Limited Company based in Teddington, London. Due to substantial growth, the business required further office space and storage and in 2016 Landscape Associates re-located to their current head office in Chertsey, Surrey.

Today the business consists of 24 members of staff, covering all aspects of Landscape Construction and Garden Aftercare. Their quality of work is highlighted by the industry acclaim, receiving numerous awards, including British Association of Landscape Industries (BALI) awards, The Association of Professional Landscapers (APL) awards and Royal Horticultural Society (RHS) Gold Medals at both the Chelsea and Hampton Court Flower Shows. 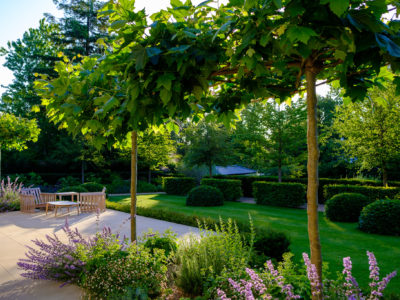 Building gardens really excites Landscape Associates, this was how the company was initially founded and since then, they have gained a wealth of knowledge and experience. Their portfolio of projects includes small intricate roof terraces in London to large country estates in the home counties and everything in between.

Their level of expertise allows them to bring together these items seamlessly providing their clients and designers with a hassle-free single point responsibility and above all, a high-end delivery with outstanding attention to detail.

Caring for a garden is about the long-term vision, Landscape Associates believe it is vital in upholding the design integrity and character of a garden. Their industry experience can provide this vision, offering a carefully planned Garden Care service throughout the year.

Each individual garden that they care for has its distinct features and style. Landscape Associates are aware that their clients have their own vision and it is their aim to provide the greatest level of care to achieve this for their clients.

Whether it is a garden they have recently built or an existing garden that they have been fortunate to become involved in at a later stage, Landscape Associates aim to ensure that the level of care they provide, is to the highest standards. 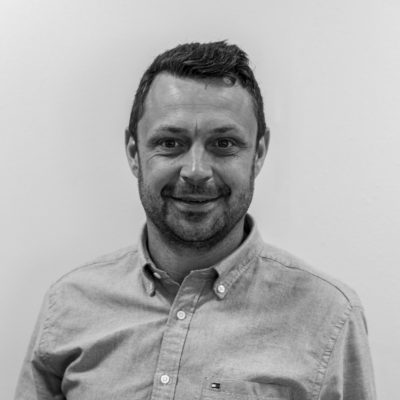 Richard discovered a passion for horticulture and working outdoors at an early age. He ded...

Richard discovered a passion for horticulture and working outdoors at an early age. He dedicated himself to full-time education, completing a Higher National Diploma in Horticulture and Landscape Construction.

Richard became fascinated with the relationship between elements of construction and soft landscaping. Once Richard completed his Higher National Diploma, he worked as a self-employed landscaper briefly before setting up Landscape Associates Ltd in 2001.

Richard’s ethos and passion for constructing gardens has driven the company to earn industry recognition and a reputation for professionalism and outstanding quality. In January 2017, Richard graduated achieving his RHS Master of Horticulture. 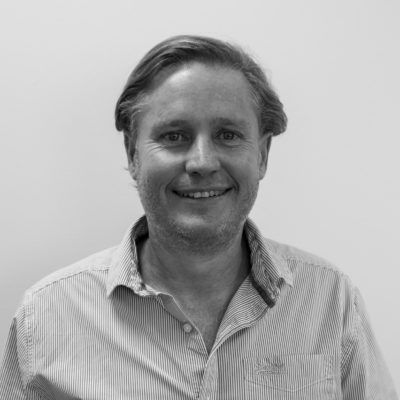 Richard began his career after qualifying from Merrist Wood Horticultural College with a N...

Richard began his career after qualifying from Merrist Wood Horticultural College with a National Diploma in Landscape Construction. Since then, he has worked for some of the most high-profile landscape construction companies in the UK and abroad.

Richard joined Landscape Associates in 2011 as a Project Supervisor after returning from Australia. Richard has been delighted to be able to work on projects alongside internationally-renowned garden designers and landscape architects, creating bespoke gardens for our clients.

Richard became our Contracts Manager in 2015, managing the most challenging of projects in terms of site logistics, time management and crucially, design implementation. 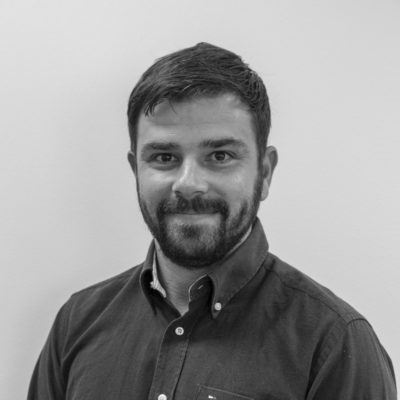 Yuri joined Landscape Associates in 2012 as a Maintenance Operative and since then, has ex...

Yuri joined Landscape Associates in 2012 as a Maintenance Operative and since then, has expanded his horticultural knowledge significantly. He has completed an RHS Level 2 Certificate in Practical Horticulture and a Certificate in Principles of Garden Planning, Establishment and Maintenance.

In 2015 he was promoted to Maintenance Manager, overseeing our high-profile maintenance contracts with the help of his team. 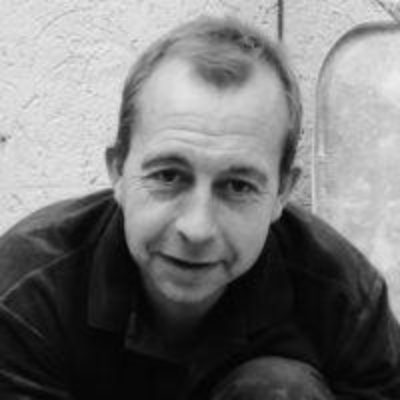 Michael studied at Merrist Wood College, where he attained his Diploma. He went on to beco...

Michael studied at Merrist Wood College, where he attained his Diploma. He went on to become a foreman with a respected landscape firm, working on high profile projects and building gardens at the RHS Chelsea and RHS Hampton Court Flower Shows.

Michael joined Landscape Associates in 2008 and has continued to work on high profile projects and gardens at RHS Flower Shows. He prides himself on producing the best possible execution of any design that is given to him, enjoying the total transformation that takes place. 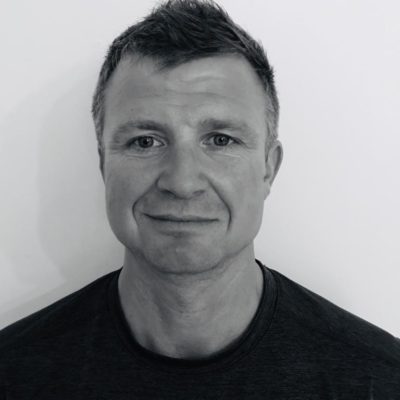 Maciej studied a Master’s Degree in Horticulture and Bachelor of Science degree in environ...

Maciej studied a Master’s Degree in Horticulture and Bachelor of Science degree in environment protection at Poznzn University of Life Sciences, Poland. His career began as an Environmental Officer and then, an Environment Protection Executive.

It was in September 2003 when Maciej moved to the UK and began a role as a Landscape Operative with Cameron Landscapes. Maciej progressed to a Landscape Foreman, accepting roles at various companies between 2005 to 2015, including Bartholomew Landscapes and GardenLink. During this period, he worked on a wide range of projects from contemporary gardens to large country estates both in the UK and Poland. 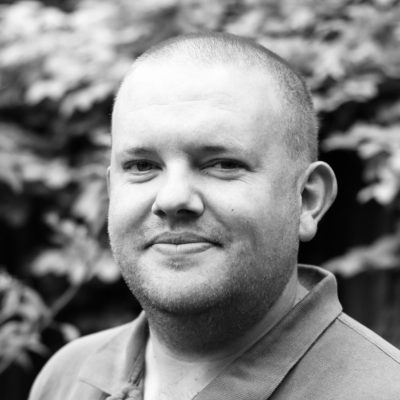 Philip joined our team in 2016 having previously been a self-employed Landscaper for nine ...

Philip joined our team in 2016 having previously been a self-employed Landscaper for nine years. In this time, he worked on numerous projects including both domestic to commercial schemes. Whilst overseeing these projects, he was responsible for scheduling and overseeing sub-contractors, working to budgets and completing tight deadlines.

He joined Landscape Associates to pursue a new challenge where he could utilise these skills on more complex sites where a higher level of detail was required. Philip’s skills and capabilities have been honed through his on-site work and in 2018 he enrolled on an RHS Level 2 Diploma to further enhance his horticultural knowledge. 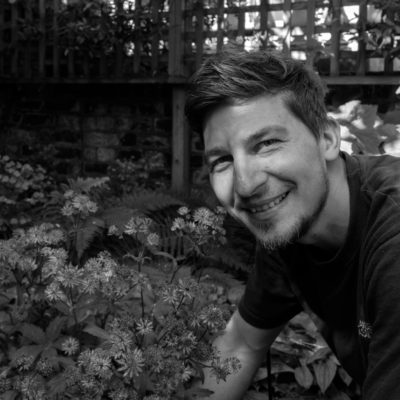 Adrian joined Landscape Associates in Summer 2016 as a maintenance operative. Prior to thi...

Adrian joined Landscape Associates in Summer 2016 as a maintenance operative. Prior to this he worked as a self-employed labourer. He relishes working outdoors and after working with us on some construction projects, he joined our garden maintenance team.

Adrian thoroughly enjoys garden maintenance and by Spring 2017 he was promoted to a Team Leader. Gardening comes naturally to Adrian, he has a real thirst and positive attitude towards learning new skills and expanding his plant knowledge. To broaden his knowledge further, Adrian enrolled on the RHS Level 2 Certificate in Principles of Plant Growth, Propagation and Development in 2018. 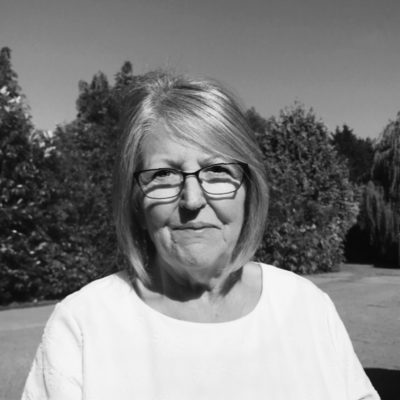 Carrie spent 20 years as a Director in the Courier Industry, before joining us in 2010 on ...

Carrie spent 20 years as a Director in the Courier Industry, before joining us in 2010 on a part time basis to assist with the accounts. Since then, the Company has expanded vastly, as has her role in the business. 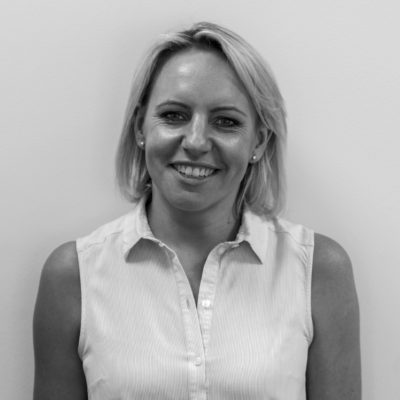 Clare joined Landscape Associates in 2017 and holds a varied role within the office from a...

Clare joined Landscape Associates in 2017 and holds a varied role within the office from assisting with day to day accounts and project administration, to implementing a company Newsletter which is issued to staff quarterly.

Clare has orchestrated our company events, such as our Summer Social, Christmas Party and in 2018, organised a team to participate in the Nuts Challenge for Perennial, which raised over £2,000.

Clare has previous knowledge of our industry, she achieved a Bachelor of Science Degree in Landscape and Garden Design at Writtle College in 2000.

We are seeking an experienced Gardener/Horticulturist to join our established gardening team.