A modern garden for city living, influenced by elements of Japanese design.

Two terraces are divided by a mass of planting which includes key species such as Hakonechloa macra, Libertia formosa, Viola hederacea and Polystichum munitum. These varieties help to emphasise the texture that is seen in the natural vegetation of Japan.

The path which cuts through the planting to the rear terrace is formed from light and dark grey granite strips. Dark pebbles have been used between the strips to complement these. Decorative hardwood panels can also be seen within the garden, these have been charred using Japanese techniques. 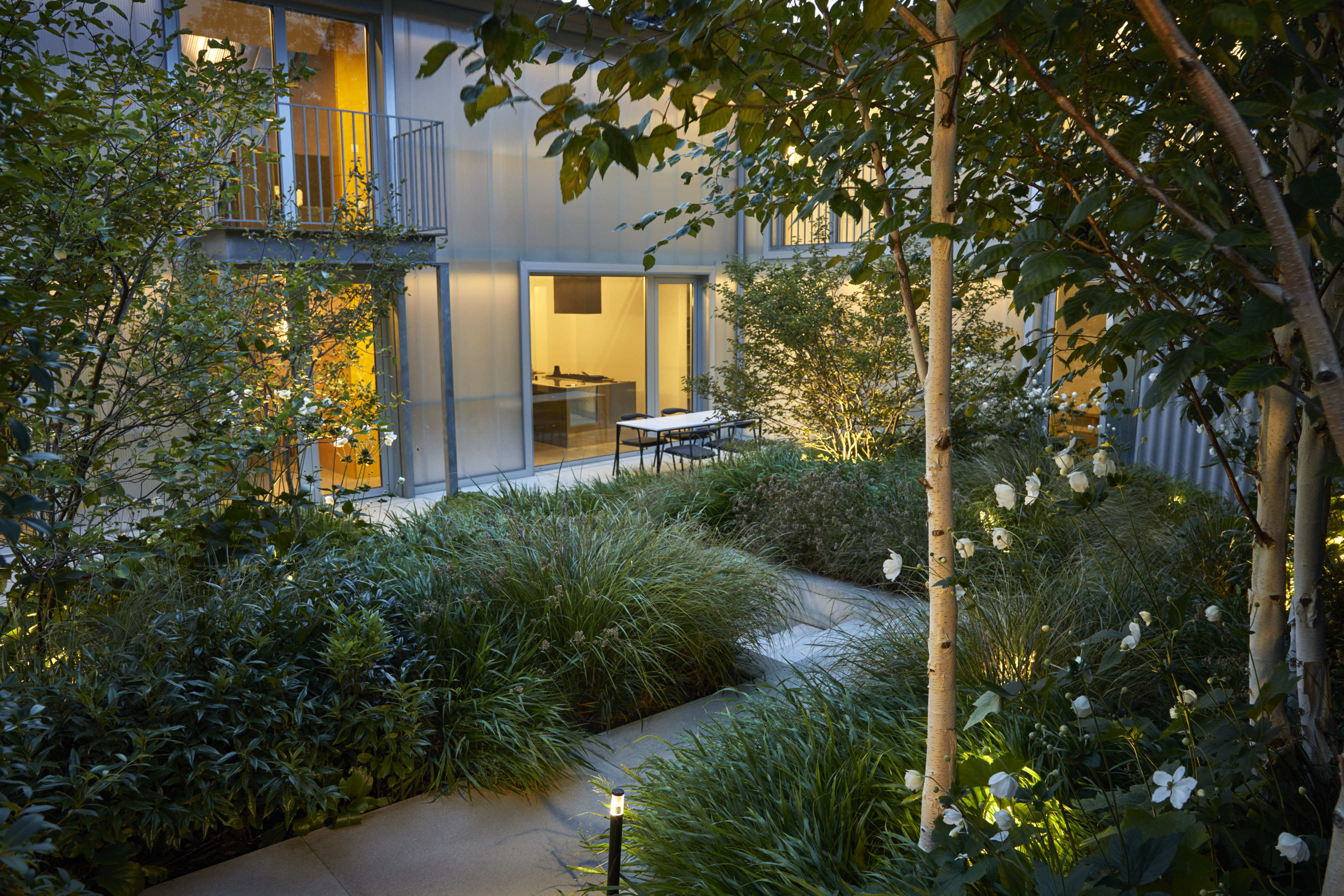 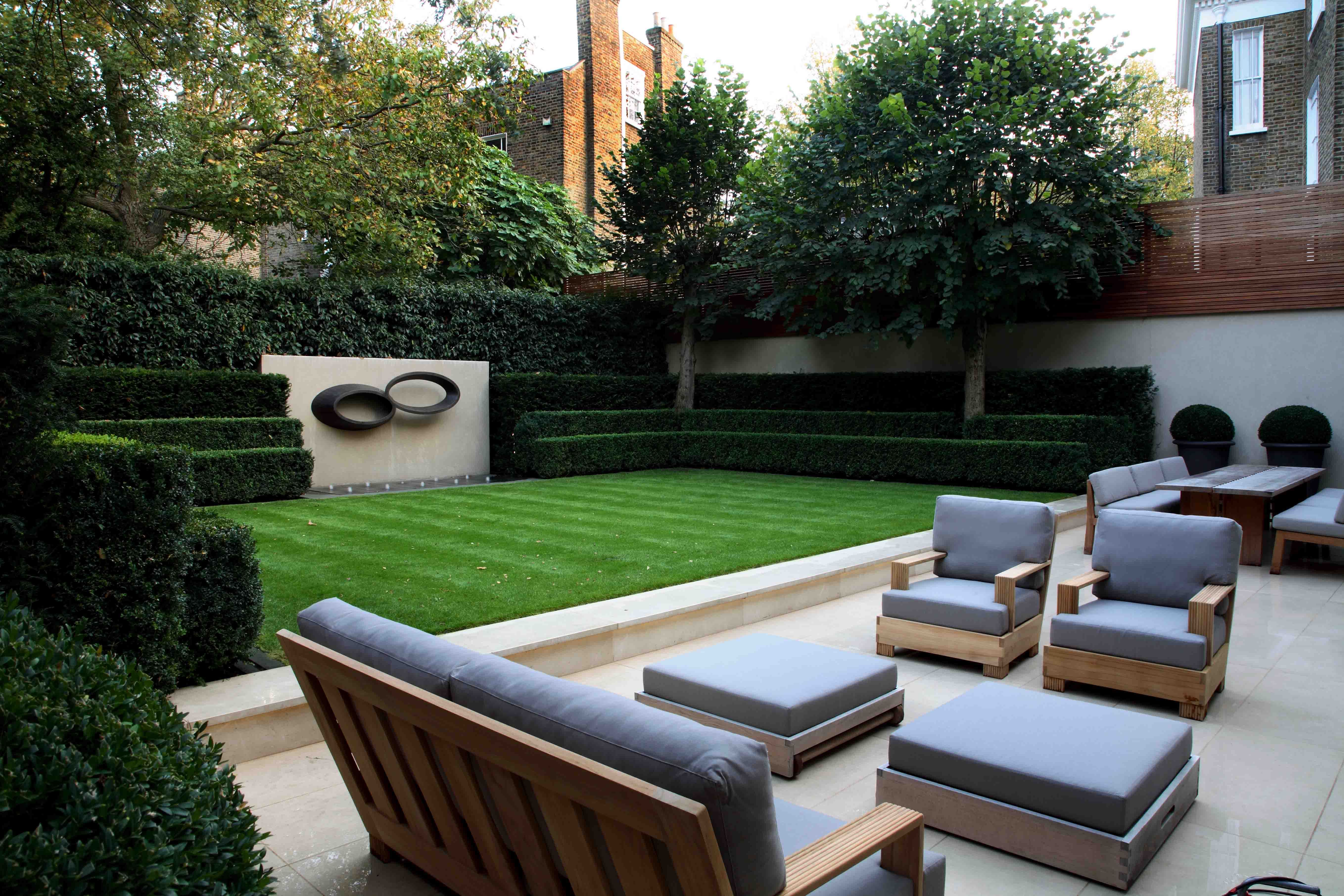 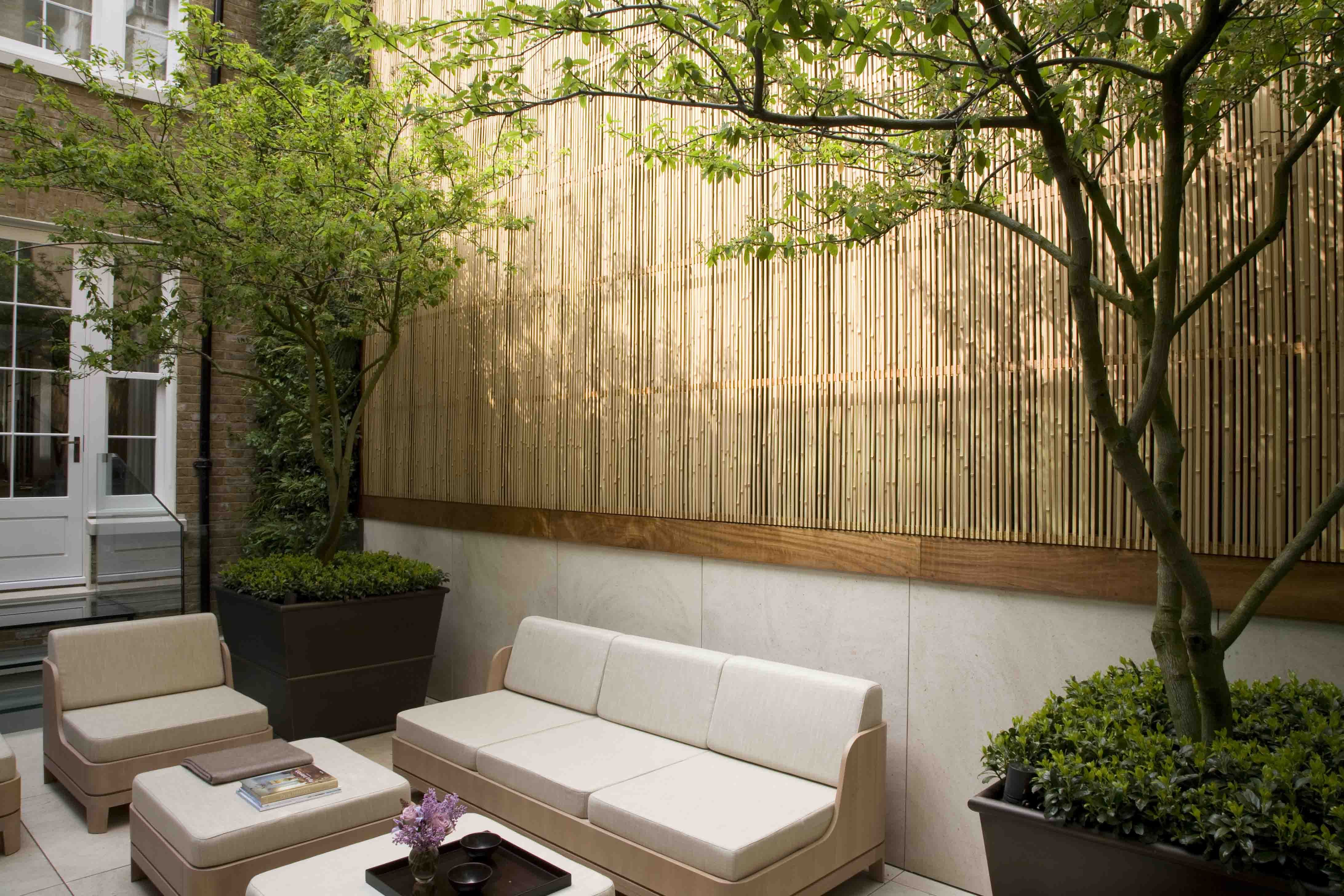